Life isn’t always easy. Sometimes, it just plain sucks. Yeah yeah, we all like to carry this façade that everything’s fine, but sometimes it’s not. Why? Well, the answer literally is in Genesis 3, when Adam and Eve took of the fruit and cursed the entire world by their actions.

I know everyone’s different, and we each have our own struggles. And I’ll be honest. This week hasn’t been the greatest. Prepping for a dance recital with only a couple of classes and teachers that don’t have much sympathy when it comes to struggling to master a whole new reel several levels up in a matter of days isn’t the greatest. Yeah, I’m stressed. Yeah, I’ll be really glad when this week is over. But at the end of the day, it really all boils down to at least three things.

I’ll be really honest. I’m not one of those people who is open. You pretty much have to drag it out of me if it’s something I feel insecure talking about. Which has led to repression in the past. I’m one of those people who can get easily stressed, especially when under a lot of pressure, and that stress often turns into anxiety and later, depression. Yeah, that’s not the right way to deal with life, but hey, I’m still a sinner saved by grace and I struggle with trusting God a lot of times.

It’s easy to say that I’m trusting that He will take care of me and all that when life’s going well.  But when life starts to get challenging, when I’m failing in a certain subject, when I’m falling behind in something, when people I know and love are going through trials, when I begin to struggle with my faith, in other words, when things aren’t going my way, I generally tend to lose sight of what’s most important.

And that’s God. His sovereign will and purposes in my life are for His glory. Anything that happens to me, whatever it might be, He already knows it, and He will guide me through it.

A couple of my favorite verses (and there are many) that I often remember during the “dark” moments of life are these:

“For I know the plans I have for you, says the Lord. Plans for peace and not disaster, plans for a future filled with hope.” ~ Jeremiah 29:11.

For those of you who don’t know, this verse comes right in the middle of one of the saddest and darkest portions of the Bible. God has been pronouncing judgment on His people for the last several chapters, and then suddenly it changes to a message of hope. In the middle of this depressing part, God says this reminder that He has not forgotten His people and those who are His, He will again redeem and bring back out of their captivity.

Another such verse is this one:

“And the Lord will continually guide you, and satisfy your desire in scorched places, and give strength to your bones. And you will be like a watered garden, and like a spring of water whose waters do not fail.” ~ Isaiah 58:11.

It’s passages like these that often help me get the right perspective on things. Because this life in the here and now is only for a brief time, until Christ returns and makes everything new.

In closing, I want to say that if you struggle with these things, whether it’s spiritual or emotional or physical or psychological, you’re not alone. I care and I understand the same struggles. And God also does, and way better then I will ever be able to.

And hey, if you ever need someone to talk to, don’t be afraid to shoot me an email. I’m more than willing to pray for you, no matter what it is.

Song of the week is, ironically, one that fits this entire post well. It’s a song I’ve pretty much been listening to on repeat for the whole week now. Not only because it’s beautiful (I mean, hey, it doesn’t really get better then piano, strings, and harp, does it?) and from one of my favorite TV shows, but also because the title is Latin, and has a poetic meaning. For those of you who ain’t Latin scholars (or like me, have forgotten most of the Latin they’ve learned anyway), the song is Resurgam, or I will rise again.

Graphic of the week is an old one, a cover I made for my novella, Within the Forest. Obviously, whenever the book gets published, it won’t have that cover, but here’s the one I’m using now. 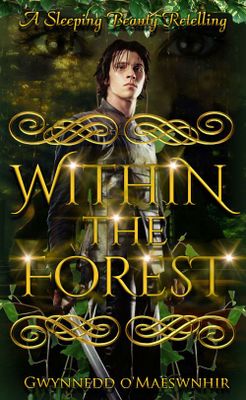 Hey guys, this week’s review’s a bit different, because instead of reviewing a friend’s WIP, this is a published bookie. 😀

This week’s review is The Band That Played On: The Extraordinary Story of the 8 Musicians Who Went Down with the Titanic by Steve Turner.

Blurb:
“‘They kept it up to the very end. Only the engulfing ocean had power to drown them into silence. The band was playing “Nearer, My God, to Thee.” I could hear it distinctly. The end was very close.’ ~ Charlotte Collyer, Titanic Survivor
“The movies, the documentaries, the museum exhibits. They often tell the same story about the ‘unsinkable’ Titanic, her wealthy passengers, the families torn apart, and the unthinkable end. But never before has ‘that glorious band’–the group of eight musicians who played on as the Titanic slipped deeper and deeper into the Atlantic Ocean–been explored in such depth. Steve Turner’s extensive research reveals a fascinating story including dishonest agents, a clairvoyant, social climbers, and a fraudulent violin maker. Read what brought the band members together and how their music served as the haunting soundtrack for one of modern history’s most tragic maritime disasters.”

I have always been intrigued about the tragedy of the Titanic disaster ever since I saw the traveling exhibit as a seven-year-old at the COSI museum back in 2010. I was obsessed, reading every encyclopedia about it that I could get my hands on. So when I learned that there was the largest Titanic museum in the area where our family went on vacation this year, I just had to go. Going through the exhibit was literally like stepping back in time, not just traveling back to the Edwardian period of Europe and America right before World War I began, but also feeling the inner 7-year-old excitement that had lain dormant for so long.

In the museum shop afterwards, I saw this book and picked up to see what it was about. (I mean hey, music and the Titanic? Can’t get better than that, right?) The last sentence in the blurb was what really caught my attention and I knew I had to get it and read the story. Let’s just say I was not disappointed at all.

First of all, Steve Turner’s mastery of language and prose is one that I almost thought lost to 21st century writers; it’s a style I have always loved and try to imitate. His continual sense of foreboding was brilliantly carried throughout the story until the very end, even after the heroic deaths of the musicians and the funeral of their band leader, Wallace Hartley.

I have never read non-fiction that has moved me so much, and I never thought before that non-fiction could bring me so close to tears. Especially when, in chapter eleven, Turner used so many accounts from witnesses and survivors telling about those final hours, how the musicians themselves themselves were frightened, but they knew that it was best for them to serve to calm the other passengers and crew rather then save their own souls. And also, how the survivors spoke of them as playing popular tunes until the end drew close, and then they changed to hymns, the last one being the famous “Nearer, My God, To Thee.” It was the band leader’s favorite hymn, and I quote from the book: “Ellwand Moody, Hartley’s friend from the Mauretania, told the Leeds Mercury in April 1912: ‘I remember one day I asked him what he would do if he were ever on a sinking ship and he replied “I don’t think I would do better than play ‘Oh God Our Help in Ages Past’ or ‘Nearer, My God, to Thee.'”‘”

These men all had family and loved ones to think of, careers ahead of them, but they sacrificed it all for a higher calling. I think that in those final moments, when the real gravity sunk in (if it hadn’t before) that people would have been liable to panic. These musicians knew that it was too late, by that time, to escape on a lifeboat, but they remained calm. Instead of packing their instruments and leaving the ship, they stayed. They had no obligation from the passengers, the crew, nor the captain to remain, but they did so anyway, playing a hymn that was their final plea and offering of themselves to God before the ocean claimed them.

Such courage and self-sacrifice is rare in this day and age. I think, should I be in that situation, that I would not have had the courage, as Hartley did, to lead the eight musicians, who had previously not played together, in song. They knew that they would die, but they kept on going anyway.

As tragic as this story is, and also the heart-breaking-ness what happened after, I personally find this story very inspiring. To have such bravery in the face of death, to continue on playing when in moments you would face your Creator, I don’t think in any normal circumstances I would be able to do it. But then, this was no normal circumstance.

I know that so many people that know of the Titanic story are aware of little about the lives of the musicians that were some of the bravest passengers in those midnight hours from April 14th to 15th, 1912, but it is most certainly a story that needs to be better known!

Photo prompt is below. Feel free to make a six-word story of it, if you want. 🙂 This photo is actually of one of my friends, who has an amazing voice and is soon to become a vocal instructor. Amazing, isn’t it? 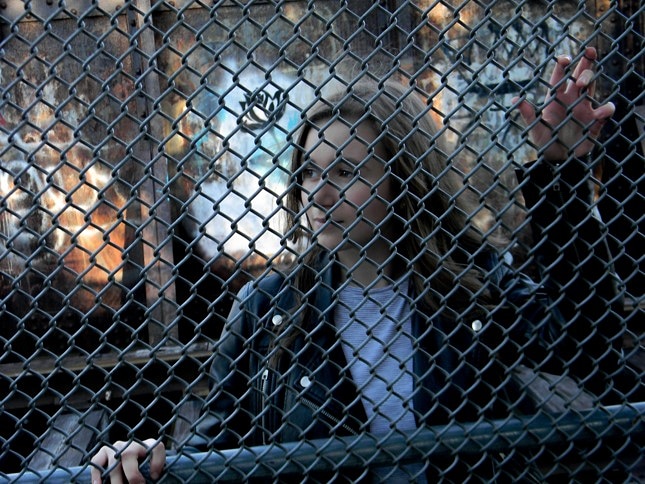